Home > Blog > The Need to Train

The Need to Train

Nearly everyone in the industry talks about it: The need to train employees. It’s an on-going thing; more a journey than a destination, as the saying goes.

For most, the focus is and has long been on service technicians, or drivers, be it PERC’s CETP books for the former or hazardous materials instruction and select CETP modules for the latter. For most, it’s about the basement, so to speak. Get in there, diagnose the equipment, and get the heat back on, right?

We all know that’s only part of it, however. 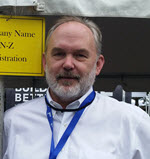 Decades ago one of the regional energy associations in the northeast looked beyond the driver and the service technician, running a “school of business” that went way beyond the familiar “grand laboratory” model jammed with boilers, water heaters, furnaces and “boards” wired to simulate specific electrical or electronic dysfunctions with the flip of a switch.

It was, in retrospect, a lot less sexy than the buzzing and beeping and whirring of the live fire equipment used to train service technicians. The business programs just did not have the sizzle of the technical training. Books and PowerPoint slides and the lecture format are just not the same.

I was in my early twenties when the energy marketer I worked for sent me to a three-day class in Boston so I could get up to speed on skills necessary to any successful energy marketer. Hour for hour, the return on technical training was magnitudes greater than any other training. Few argue this has changed much since.

For the 25 years I spent running trade associations, developing and deploying education programs were part and parcel of the day-to-day. The degree to which education and training programs are embraced by the industry varies, and in some jurisdictions this is attributable to the fact that some states require technical training. No such requirement for non-technical training existed then, or has since.

This winter I experienced how non-technical training—or lack thereof—can impact our industry in a big way.

It was the depth of this winter’s cold snap; retailers were out straight, wholesalers were scrambling to meet rack demand and there was no end in sight to an incessant cold. The winter that we had longed for was back with a vengeance; a clear case of be careful what you wish for if ever there was one.

“We just need to make it to February,” was a common refrain from retailers and wholesalers alike.

One customer-retailer transaction—I imagine it was less than 30 seconds of dialogue—went sideways. The customer was seeking assurance that fuel was on its way and that assurance was not to be had. The result was nothing short of a domino effect; a cascading brown-out, in utility vernacular, that started as many like phone calls do in our business, but it spiraled out of control. The further from that crucial moment it went, the worse it became. It did not matter that the customer was a “will call” customer, nor that he waited until the eleventh hour to call for fuel, nor that we were all experiencing record-breaking cold. What happened next did matter, as a call to a local news outlet within 24 hours took us from just another day in January to the beginning of a wholesale assault on the integrity of energy marketers, doubt over the competency of our systems and people, and uncertainty over our very ability to deliver what consumers, the media and elected officials expect from us.

Yes, the less-than-balanced media story stoked the fire. Lawmakers and elected officials piled on, seeking a cause célèbre where hours earlier there was none. A hefty dose of price-gouging allegations (absent any evidence) was blended in for good measure and within days the industry was dealing with an ill-conceived knee-jerk legislative proposal and accompanying regulatory probe. As of this writing, the issue remains far from over.

This is about a careful choice of words, the intonation of a sentence, the ability to reassure a customer, and the experience (read: “training”) to recognize the need for all three.